Last week I didn’t post Friday Words of Faith because honestly I didn’t feel like I had anything to give.  My heart was definitely full but not peace and joy and love that can be mine whenever I like as a gift from the Father but instead I was carrying anger, bitterness, and frustration which pretty much lasted the entire weekend.  I was angry about getting have to drive to my doctors appointment in a ton of traffic.  I got even more frustrated getting lost in the process as I was making a pit stop to sell some items to a lady from Craigslist as she gave me the wrong exit number.  Then I decided Saturday night to try to hang the new bathroom mirror and while I eventually got it hung I hope no one ever looks behind it as they are 8 unnecessary holes back there.  Thank goodness it was a huge mirror.  Needless to say I felt less than inspired.

My mind then went to a Nooma video by Rob Bell (if you have not read or watched anything by Rob Bell you have got to check him out.  Seriously he is one of the most inspiring writers/speakers I have ever experienced and I can’t speak highly enough about the Nooma video series.  If you are in ministry or lead a small group or just want to be challenged to think outside the box – watch them – like now!) called Store.  Here is some summary information (from the Nooma website):

We all get angry about things from time to time–some of us more often than others. For some of us, it feels like we’re constantly on the brink of losing it, where it doesn’t take much to get angry about anything. And this kind of anger can be seen everywhere we go–at work, in traffic, at the store, at home. But what is really at its root? Anger is often looked at as a bad thing, but are there things actually worth getting angry about? Maybe if we had a better understanding of our anger and where it comes from, we could learn how to channel it toward something constructive–something that’s bigger than ourselves.

Talk about having your toes stepped on and crushed.  I had a crash course in Conviction 101.  I have so much to be thankful for – life, love of the Father, an amazing husband and daughter, a roof over my head, and a roof over my head – yet here I was losing it over having to drive the actual speed limit or taking an extra 15 minutes out of my way to actually earn some money.  Seriously?  This is  what I chose to be angry about?

I love what Rob Bells says in that anger itself is not a bad thing in itself.  Even Jesus got angry.  But what do we choose to be angry about?  Is it the AIDS epidemic in Africa that is leaving millions of children orphaned or the fact that the drive-thru is moving a little slower than we would like?  Is it the continuing racism and oppression within our country that makes you angry or that you didn’t agree with the umpire’s call at the last softball game?

What could we accomplish if we all chose to use our anger to build a stronger Kingdom instead of tearing each other down?  How would the world be changed?

I heard this song for the first time last week – Hosanna by Hillsong United – and there is one line that stood out to me which says, “Break our hearts for what breaks yours.”  May that be the prayers of our hearts today.

I come to you ashamed that I often times let my anger get the best of me and honestly 98% of the time its over things that don’t matter in the scope of eternity.  So I ask for Your forgiveness and Your guidance.  God I pray that you break my heart for what breaks yours.  Let me get angry over the things of this world that really matter and that I can make a difference with if only I would channel my energy in the right direction.  I pray for each and every one of the readers wherever they are today and in whatever they may be doing.  May our hearts be united in making a change in the world for You.  May we be a generation rising up to take our place with selfless faith.  I thank you that You not only hear the prayers that we speak but the words that we right and even those only found in our hearts.  It is in your most glorious name that I pray.  Amen.

Feel free to share your prayers should be feel led.

It has been an emotional start to the week.  Hubs and I have basically spent the weekend working on the new house (since we move in under 3 weeks!) and boy am I paying for it.  I was completely out of spoons by the time we got home last night from painting and by 4am I was in full-flare mode.  I hurt from the top of my head to the tips of my toes.  But Hubs was preaching this morning so I got Abs & I ready for church.

His sermon was amazing and was entitled “Embracing Your Story” (you can click here to listen and if you didn’t get a chance to hear me share last week about faith and infertility its still online – just click launch sermon player)  I get pretty emotional anyways when I’m in flare-mode and I about lost it by the end.  I think I do a pretty good job of embracing my story as it relates to chronic illness . . . 95% of the time.  I wrestled a lot to come to this point and I’ve come to understand how illness has become a part of my life story and now a part of my mission and ministry.  But there are times where its too much.

This morning was one of those times.  I just wanted to spend the weekend working on our house.  Its our first home and I just can’t wait to make it “ours.”  I want to have a hand in it.  I love doing that kind of work!  But now I’m paying for it.  I even had to skip out teaching Sunday school this morning because the pain was too great.  So instead I’m in bed while Hubs and Abs are at the graduate pool party (and let me tell you Sunday morning television stinks).  I guess I just miss my old “normal.”  As I posted on Friday, my anxiety has played into this mix this morning as well.

So for today, I’m going to relax and work on embracing my story the best way I can.  On days like today, I will just have to work a little harder to embrace the joy in spite of my pain.  Despite my best efforts, I know that flares will always be a part of life.  A part of my new normal. 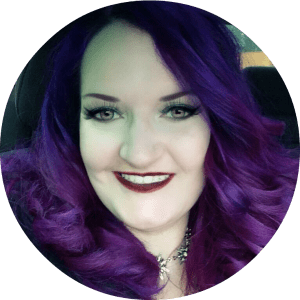